NextGENeLR uses a specialized long read alignment algorithm. This alignment algorithm works by first indexing the reference sequence, compressing homopolymer regions, which allows homopolymer length differences to be tolerated during alignment. A separate index table is saved for each chromosome. Reads are also similarly indexed. Each chromosome table is then searched for matches. The region with the most and longest matches is selected and a local alignment is performed. The long reads can be split to properly align reads containing structural variants. For each read the alignment positions for each section are compared to the reference. Any differences between the reads and reference are evaluated to determine the structural variant type, as shown in Figure 1 below. If sections of a read align to different chromosomes than a translocation is reported. If sections of a read align in different directions, then an inversion is reported. Similar breakpoints, within 5bp, are merged.

Once analysis is completed the generated BAM file can be viewed using NextGENeLR’s Alignment Viewer. The Structural Variation Table is shown by default, with the Pileup Viewer above the table. 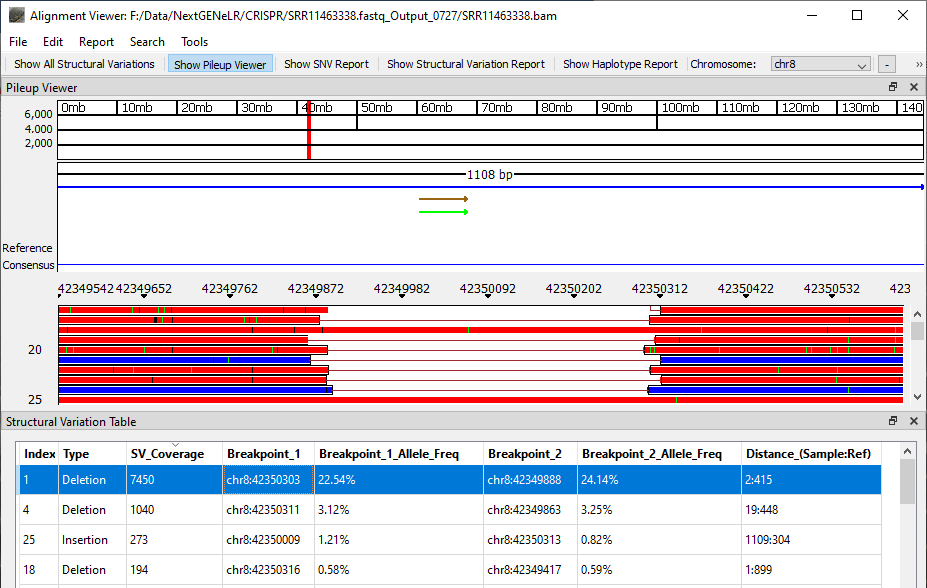