Alignment and Detection of Methylated Traces 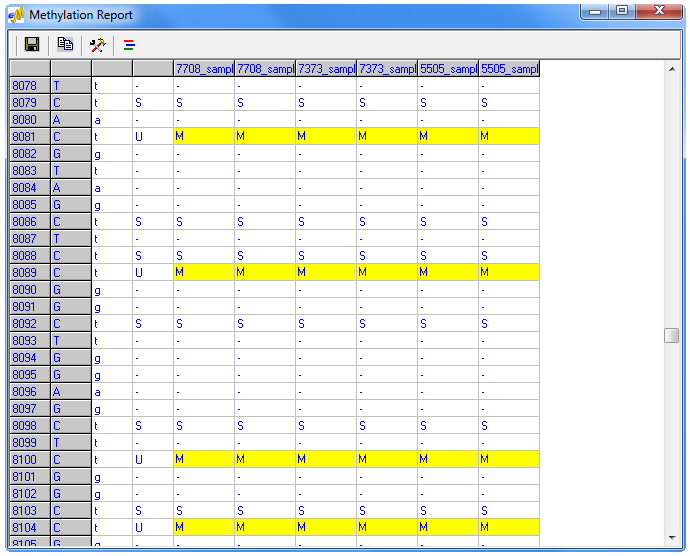 Figure 2: The Methylation report of Mutation Surveyor automatically determines the methylation status of cytosine nucleotides in the sample traces. Cytosine positions within CpG islands are labelled as methylated (M) or unmethylated (U). Cytosine positions outside of CpG islands are labelled as an incomplete (I) conversion to thymine or successful (S) conversion to thymine. Minimum methylation thresholds based on the peak profiles can be adjusted in the settings option of the report to distinguish between methylated and non-methylated cytosines. 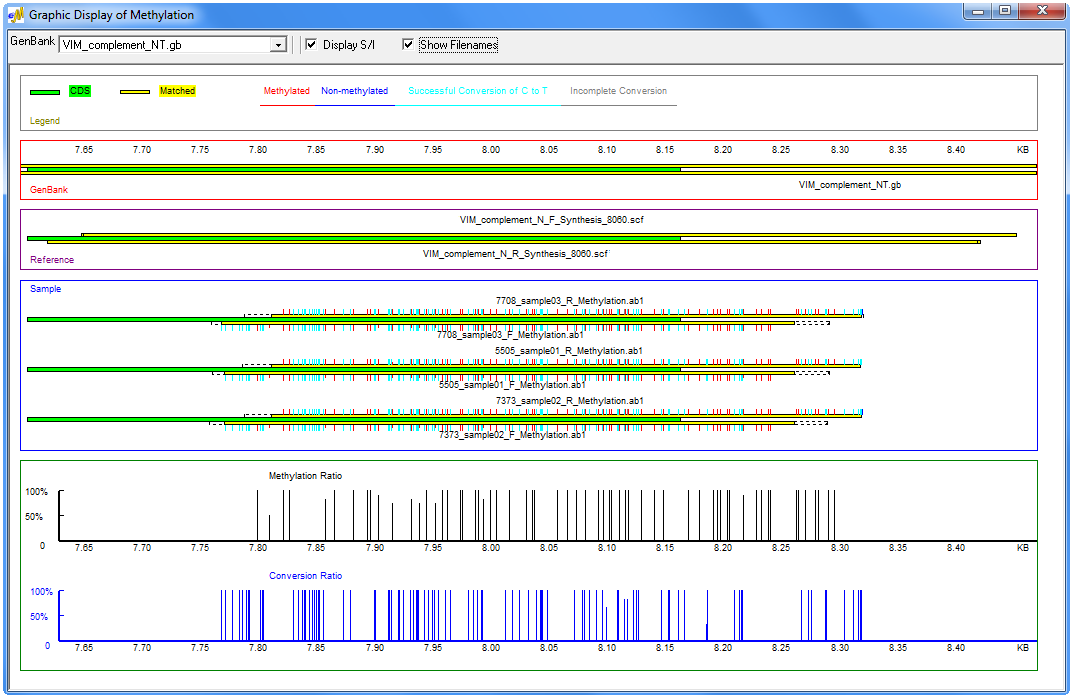 Figure 3: The Graphic Display Report of the methylation application provides a graphical representation of sample file alignment to the GenBank reference and a representation of the methylation pattern for all samples in a mutation project. Red tick marks represent methylated cytosines within CpG islands and light blue tick marks represent non-methylated cytosines outside of CpG islands. The bottom of the report provides the relative conversion ratio for every cytosine position in the project.