Amplified Fragment Length Polymorphism (AFLP) is a PCR-based genetic fingerprinting technique developed by KeyGene. AFLP technology has the capability to detect various polymorphisms in different genomic regions simultaneously, is highly sensitive and reproducible, and can generate large numbers of marker fragments for any organism, without prior knowledge of the genomic sequence. As a result, AFLP has become widely used for the identification of genetic variation in strains or closely related species of plants, fungi, animals, and bacteria. AFLP has also been used in population genetics to determine slight differences within populations, and in linkage studies to generate maps for QTL analysis. 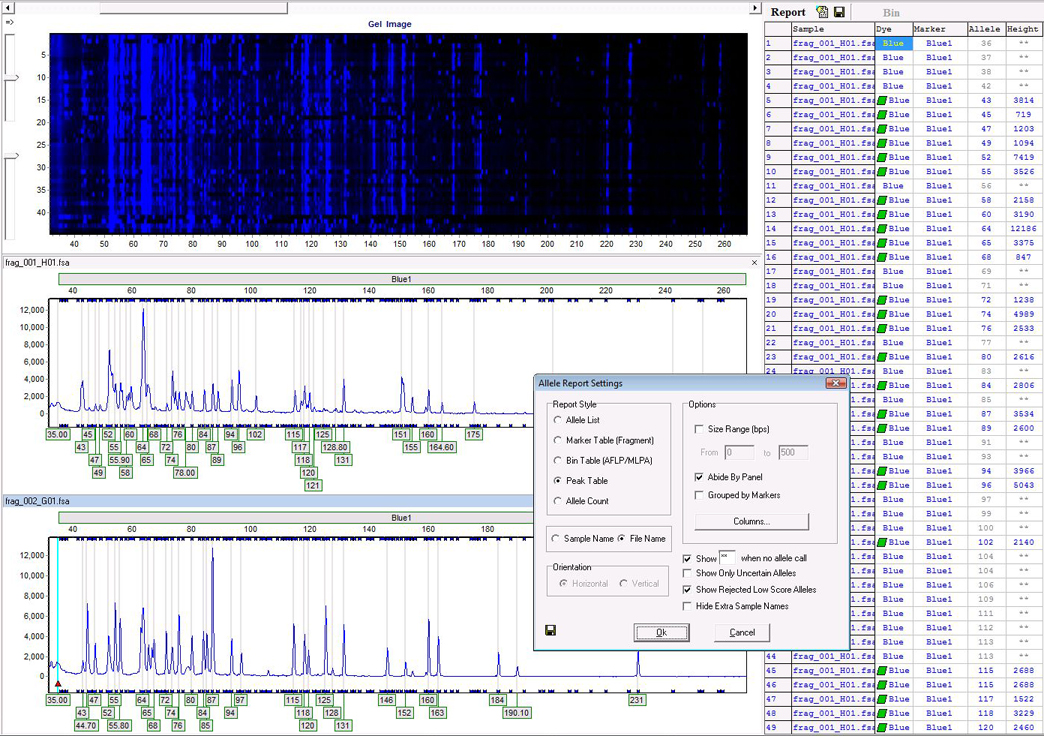 Figure 2: The Peak Table report style (right side) displays peak intensities. The peaks with a green symbol are high confidence and those with a yellow symbol are of lower confidence. 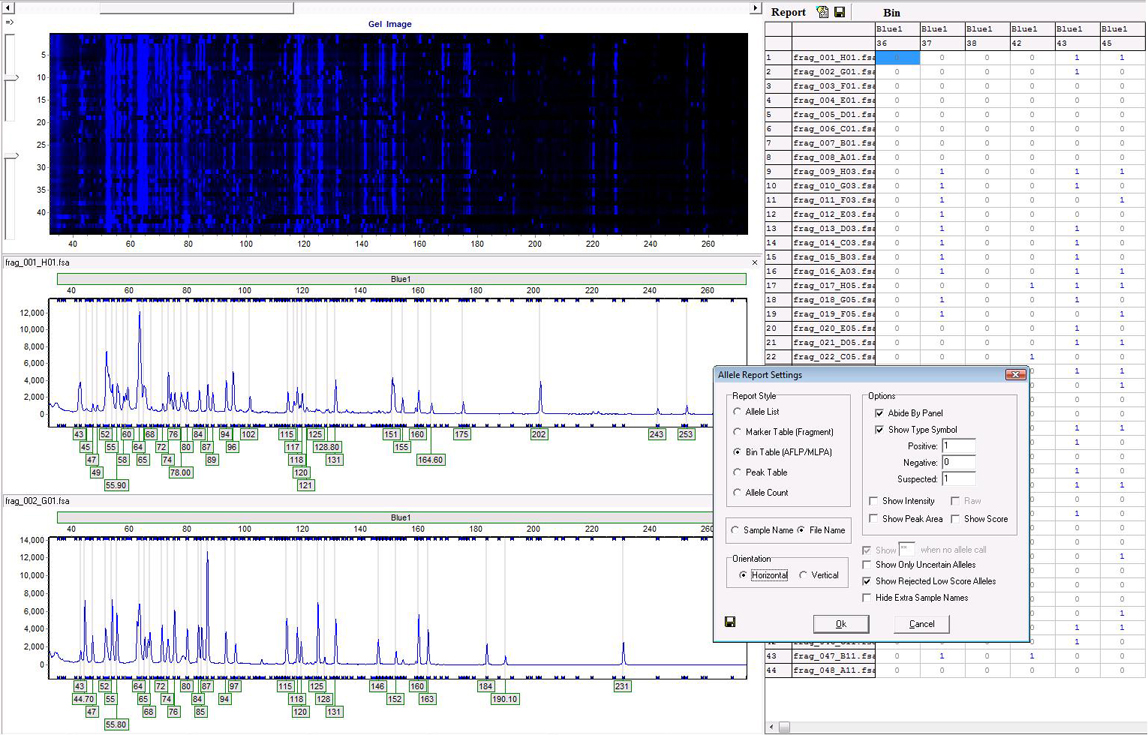 Figure 3: The allele report designed for AFLP analysis (Bin Table on right side) outputs a 1 or a 0 to represent the presence or absence of peaks. The symbol ‘?’ is used to represent questionable peaks, which the user is advised to check in the electropherogram.