Detection of methylated sites in genomic DNA is important for the following reasons: 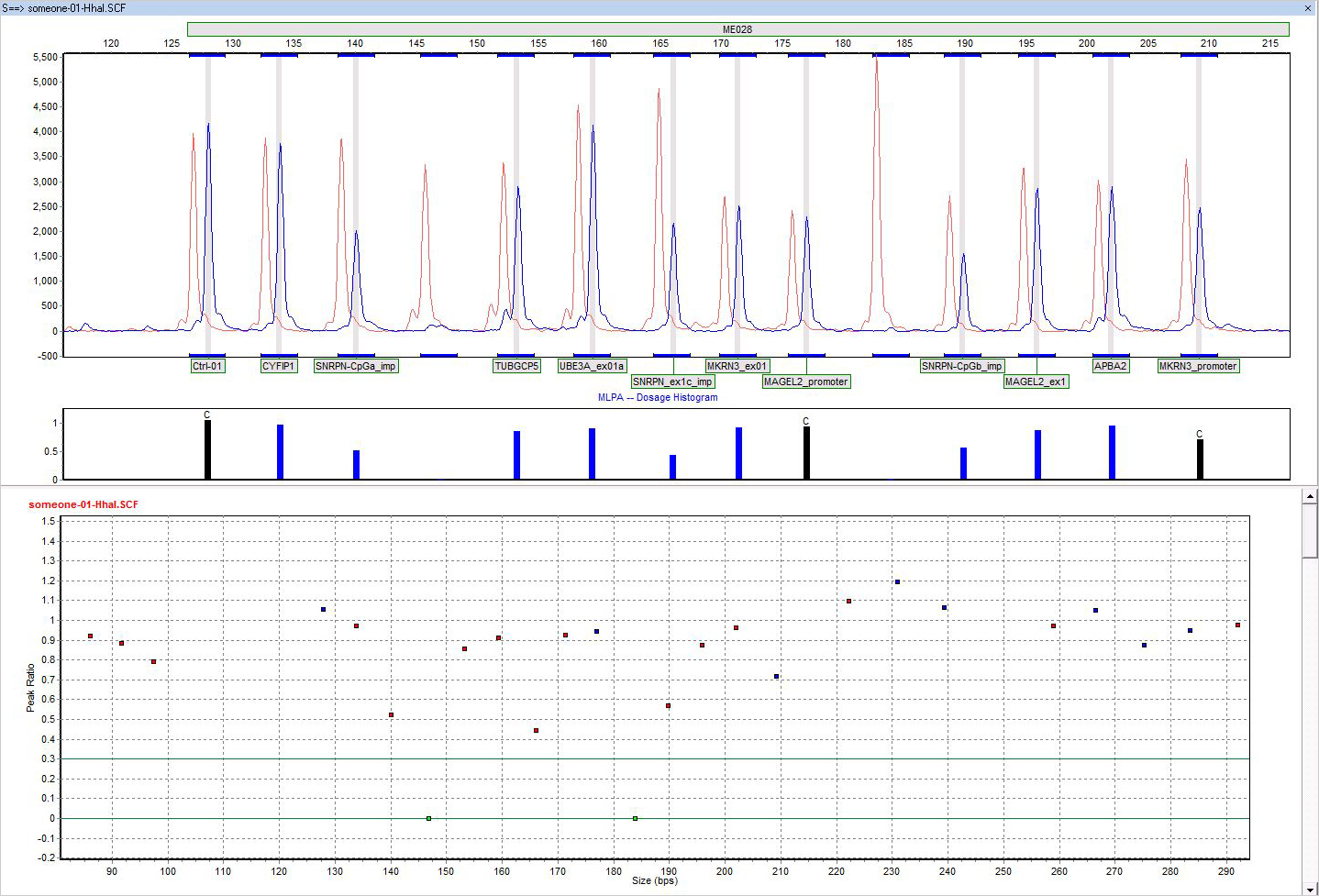 Figure 1: Methylation of the promoter region of tumor suppressor gene ESR1 is indicated by the red plot point that appears above the methylation threshold line 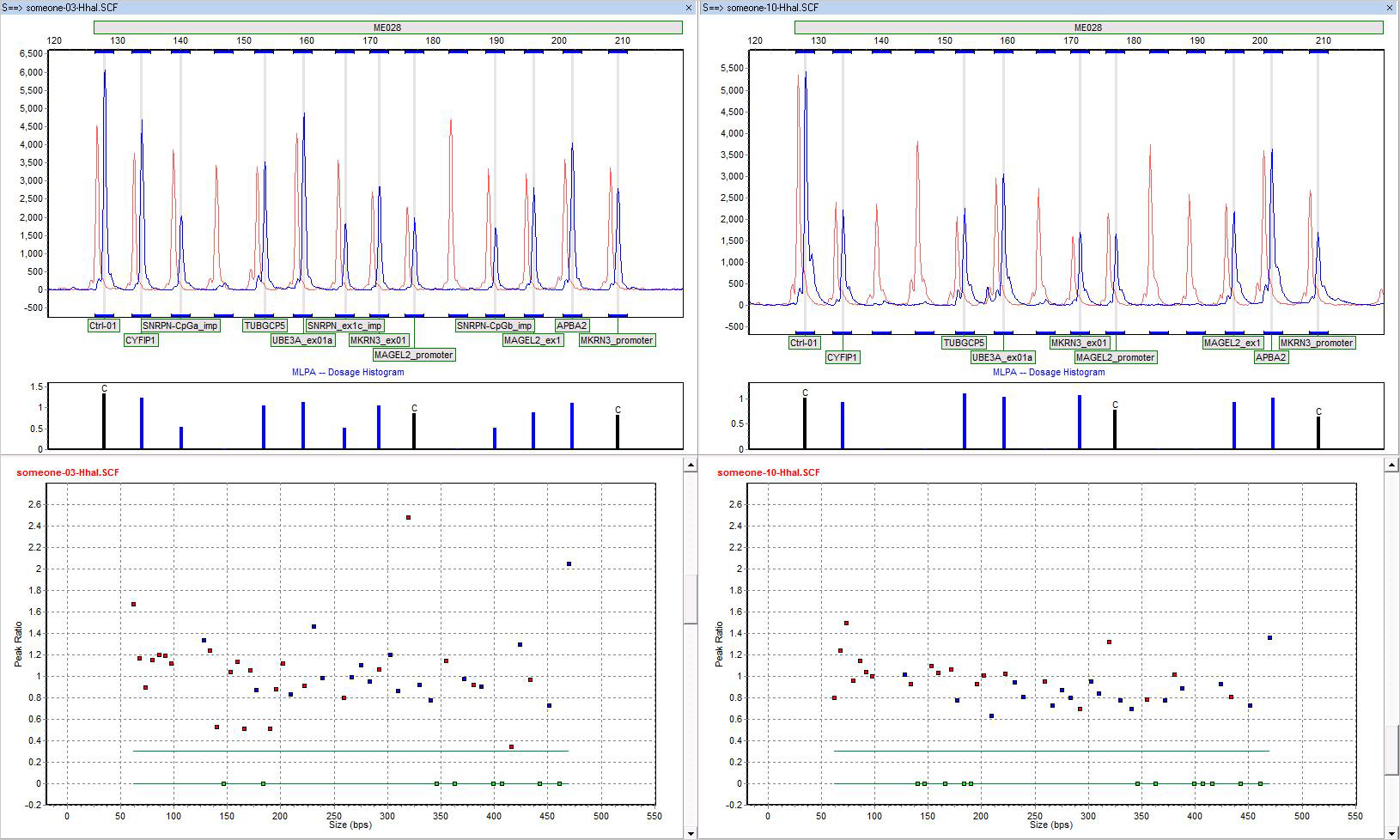 Figure 2: The image on the left is a normal sample. Five genes of interest (methylation specific) from the PWS/AS region of chromosome 15 appear in the “Normal” region between the methylation detection threshold lines. The image on the right is a sample from a PWS sample. The five genes of interest are in a 1:1 ratio with the reference trace indicating methylation at these five sites (one copy of 15q11.2 and one copy of 15q12 have been deleted).